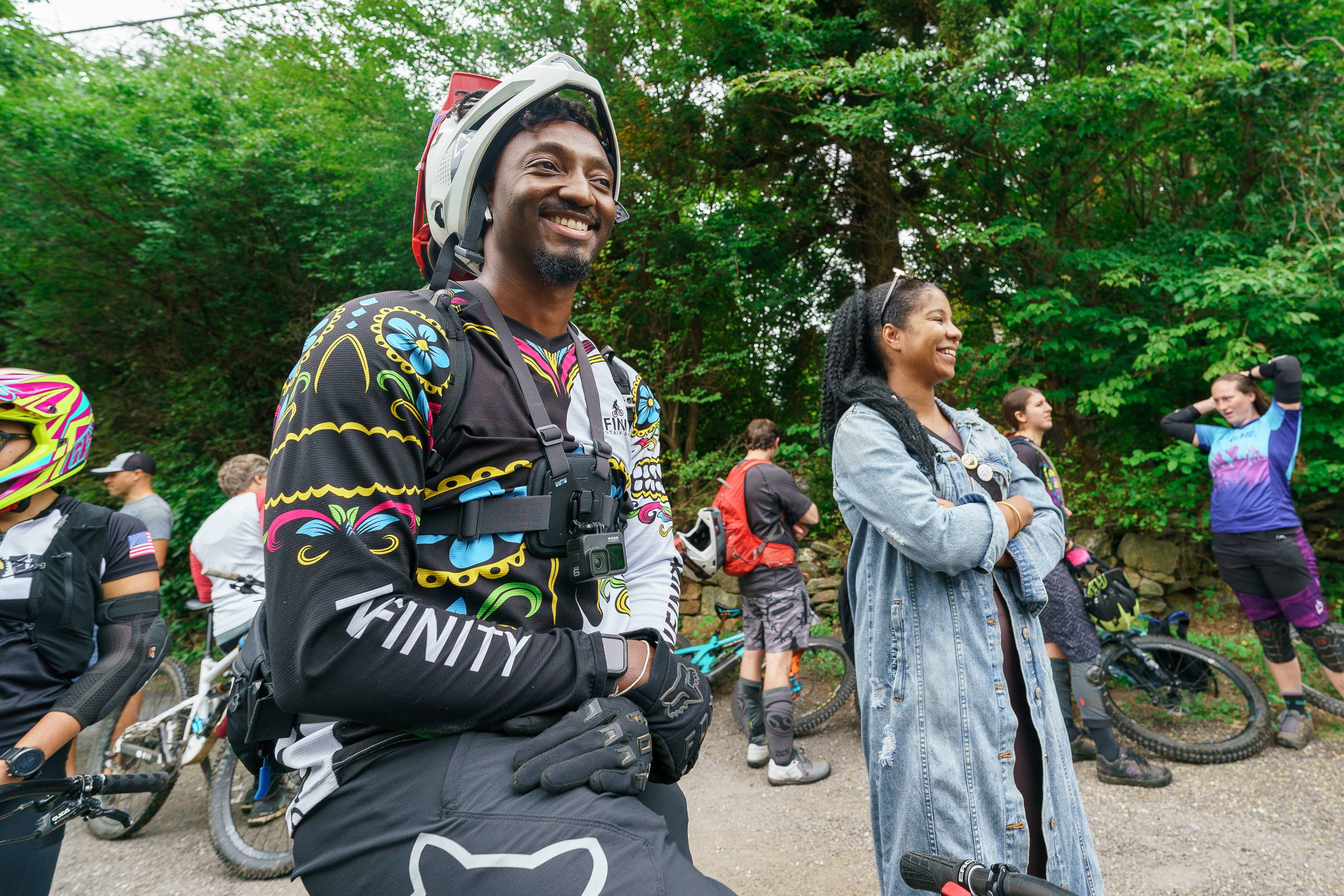 Without friends, riding bikes would get boring. While occasional solo missions on the bike are good for individual cleansing, riding with friends, both old and new, is part of the thrill in mountain biking. In the context of bikes, racing has long been a surefire way of connecting people on both sides of the tape.

Competitors will give it their all when the time comes, whether it is for a shot at the top step or being a better version of themselves from the day before. When the clock isn’t running, jokes and food get exchanged on the transfers. Tips and trail intel get passed at the stage start with hopes that stoke from a good run is returned at the end. Even when things go sideways, a friendly “do you have what you need” gets shouted before one can properly assess a situation. 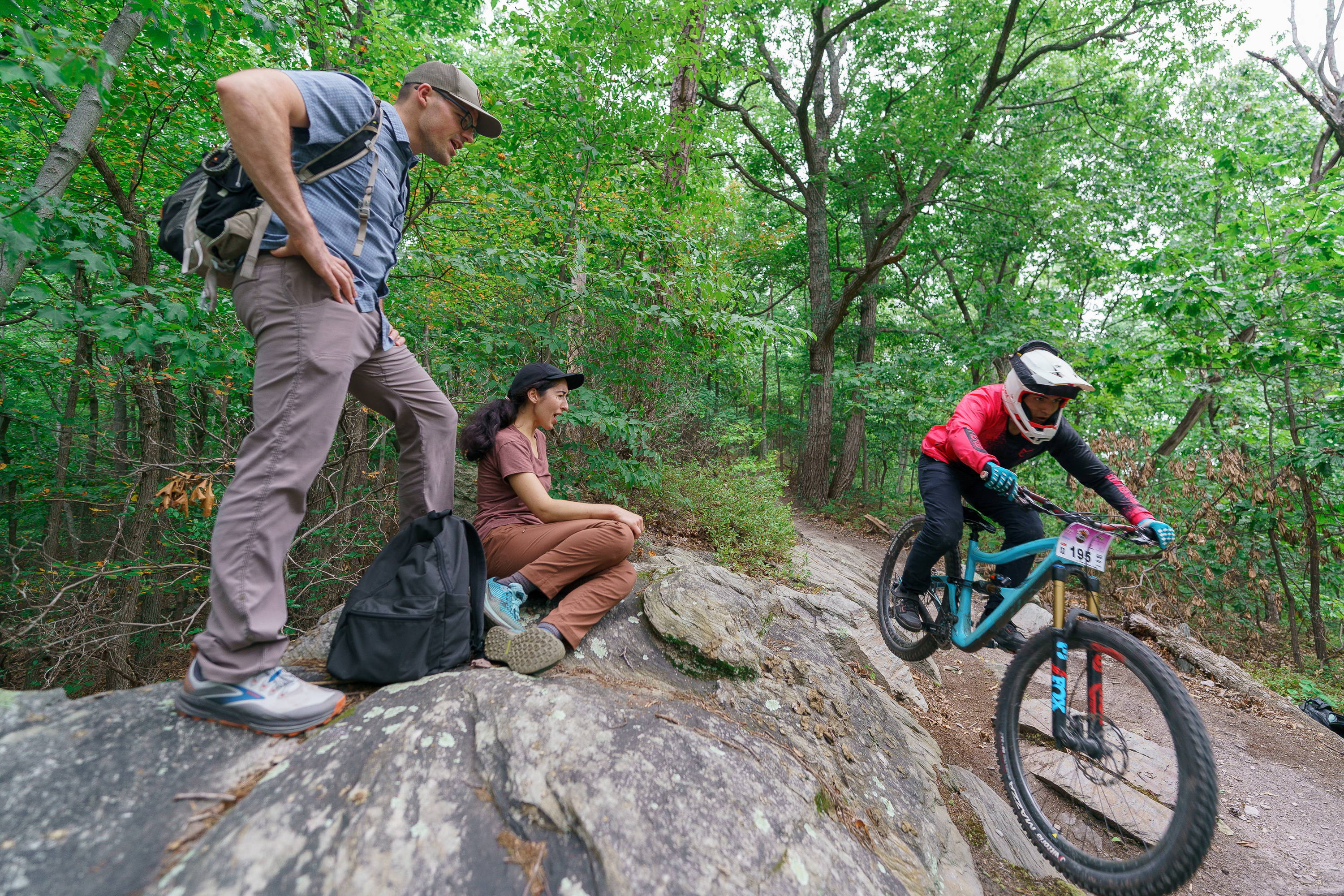 Spectators watching competitors push while going against the clock.

"Racing has long been a surefire way of connecting people on both sides of the tape."

For some, competition isn’t appealing. Hanging out with friends to spectate, sharing jokes, heckling racers, or sharing the sport with their young ones is what fills the cup. Further, helping racers and competitors with nutrition or even some mechanical support is more than enough to get satisfaction from a day in the woods.

On August 21, the fourth edition of the Sheduro in Frederick, Maryland went down. Located an hour north of Washington DC and a stone's throw away from the Presidential retreat that is Camp David, the Frederick Watershed plays host to this rapidly growing local enduro. Regionally known for technical terrain that challenges beginner to advanced riders alike, the contours of this portion of the Catoctin Mountain range also give gravity fueled riders thrills every time a negative grade is encountered. 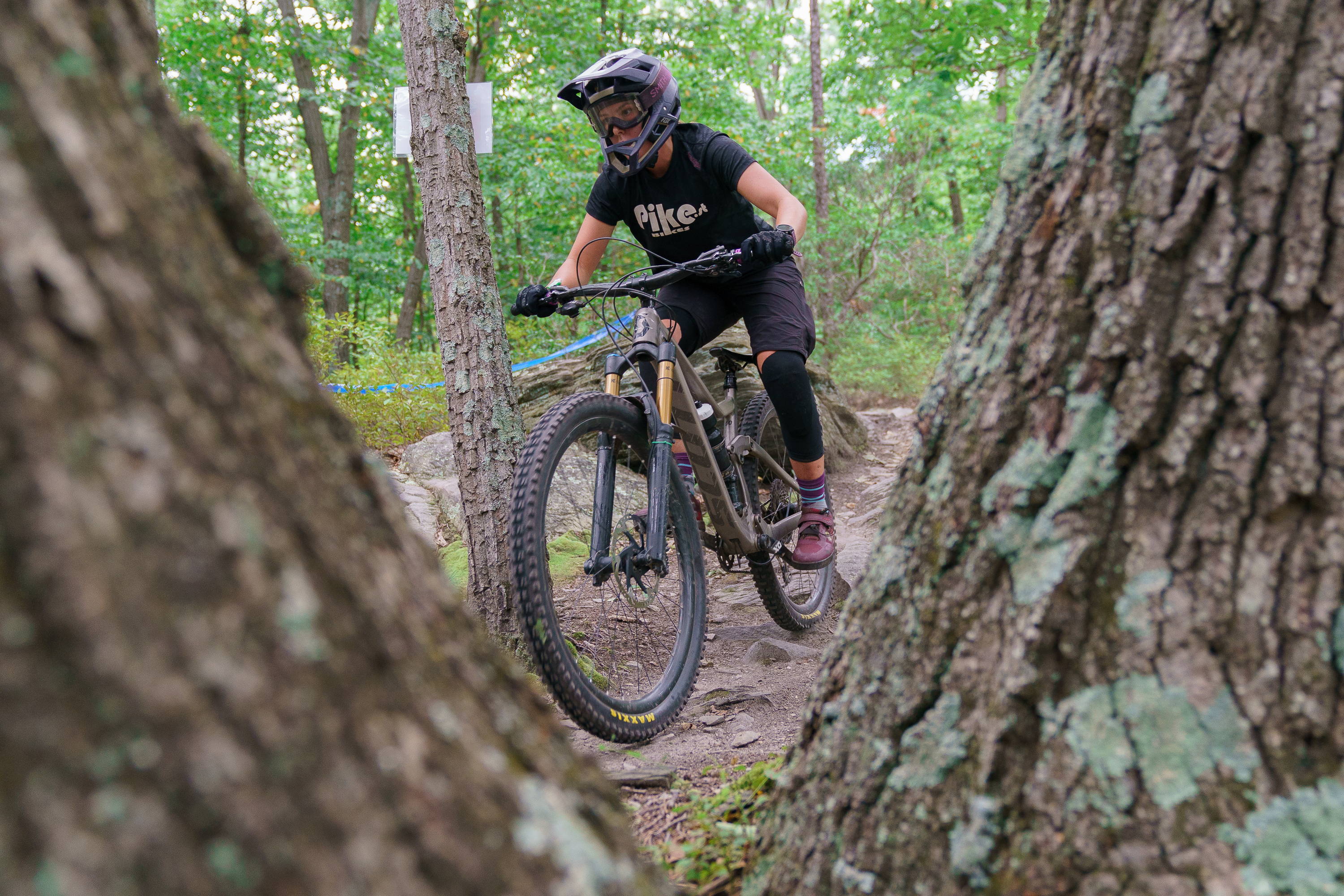 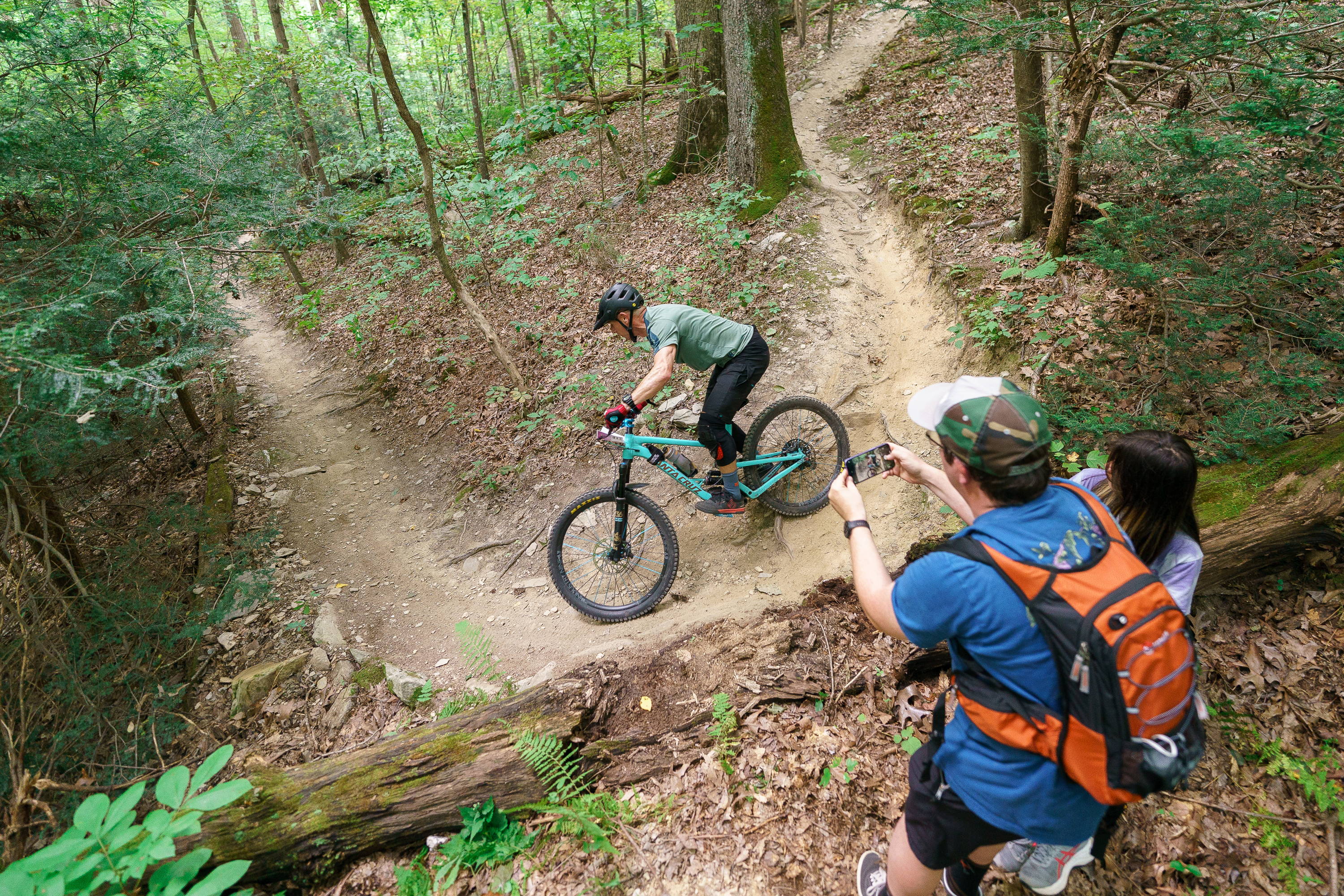 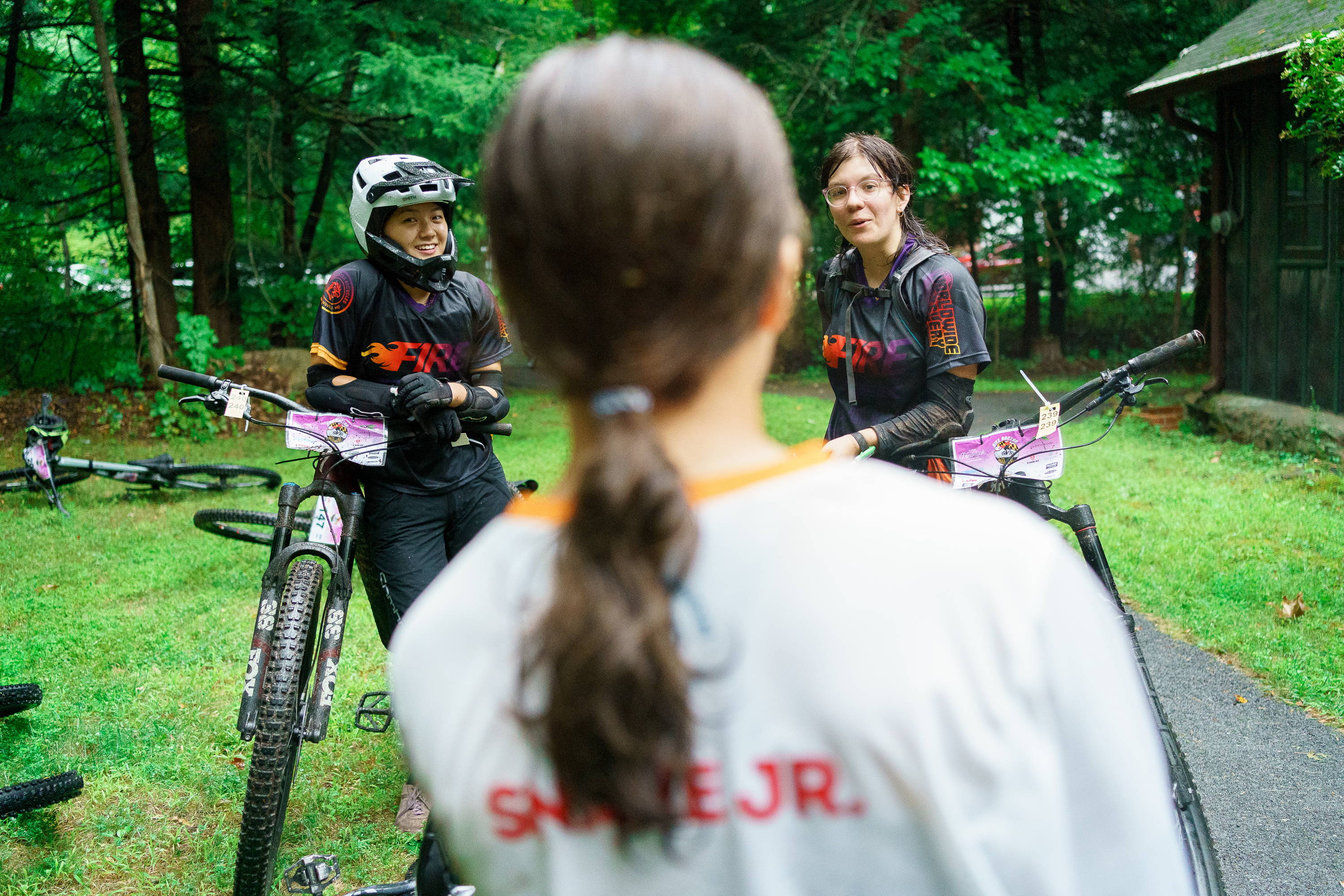 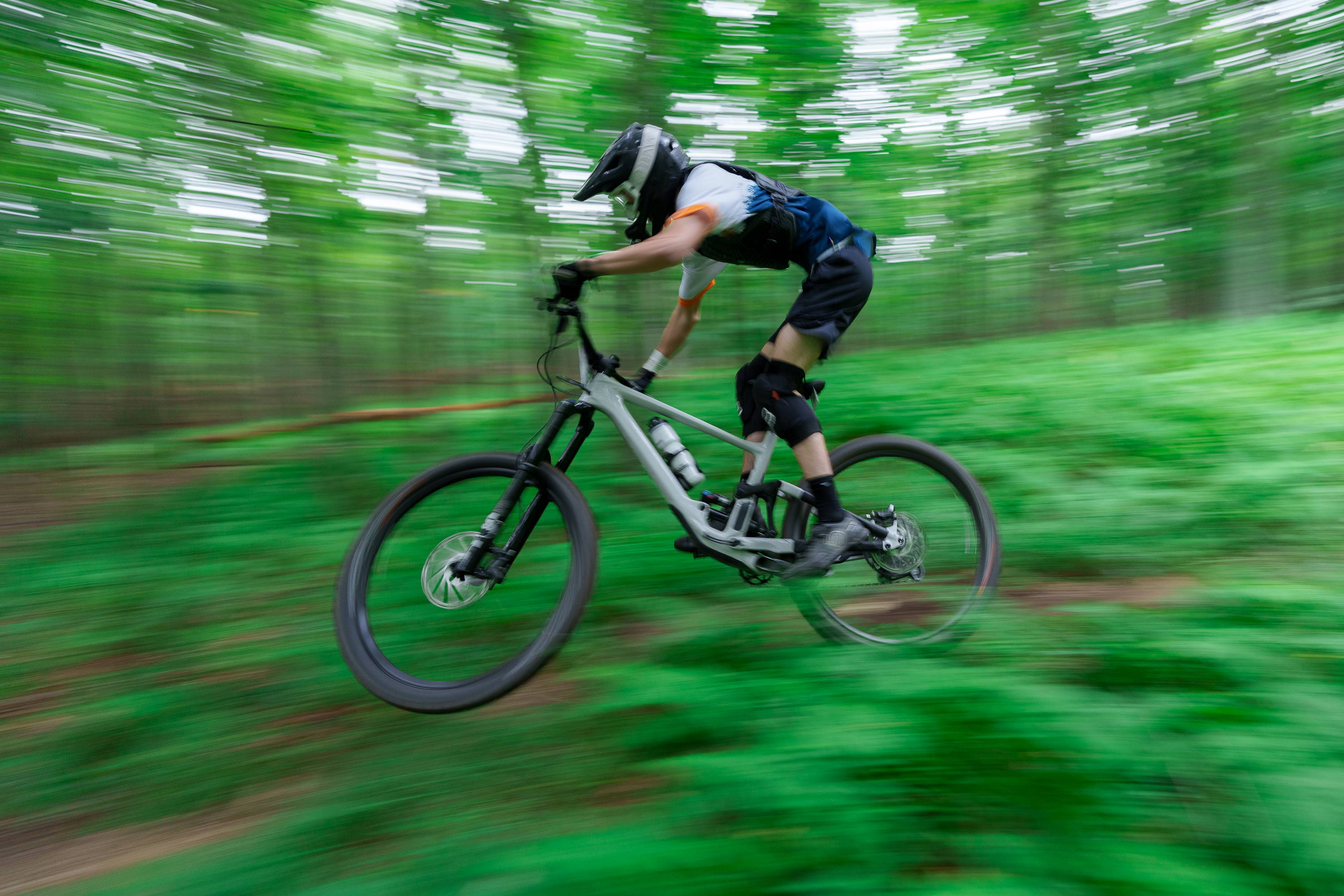 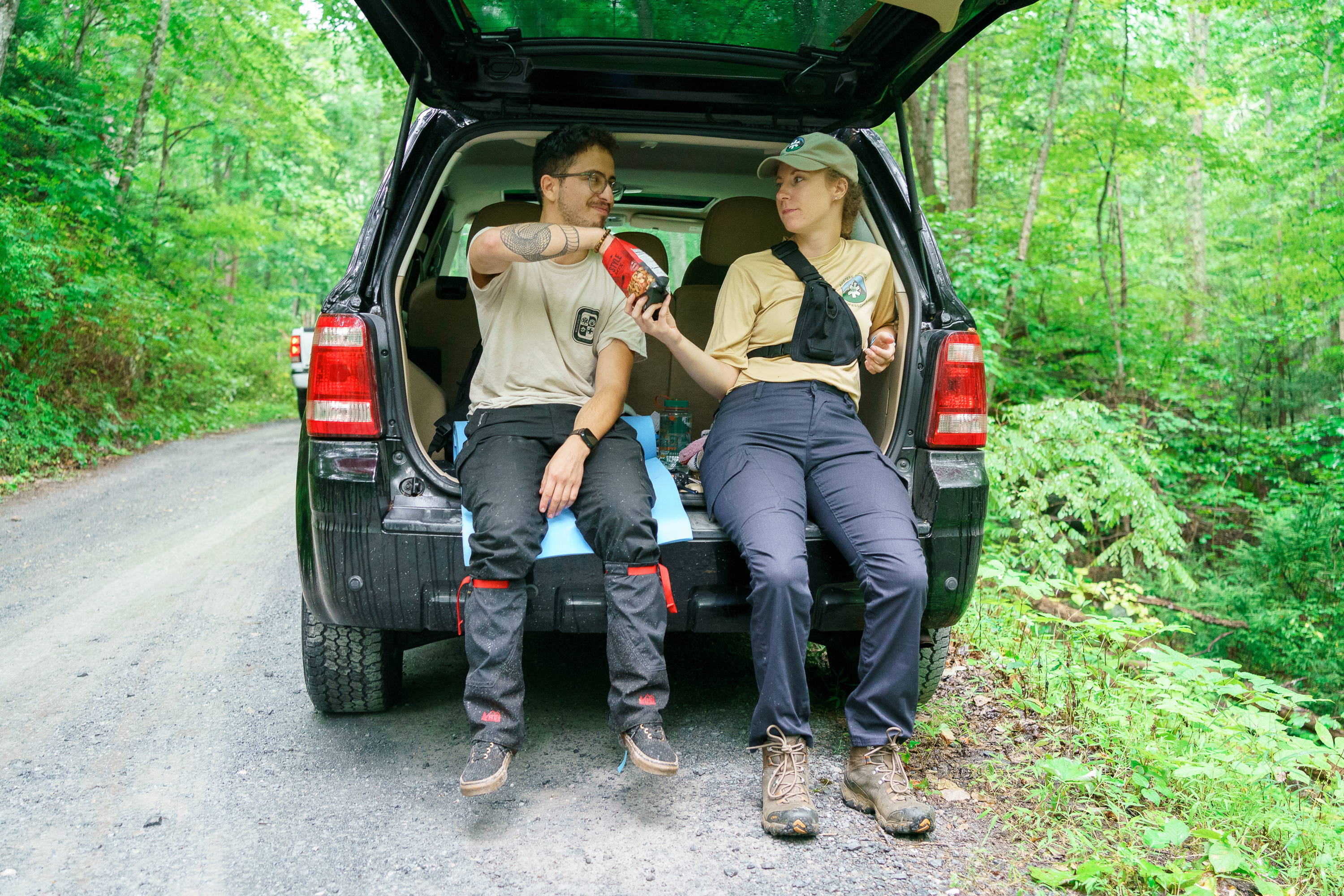 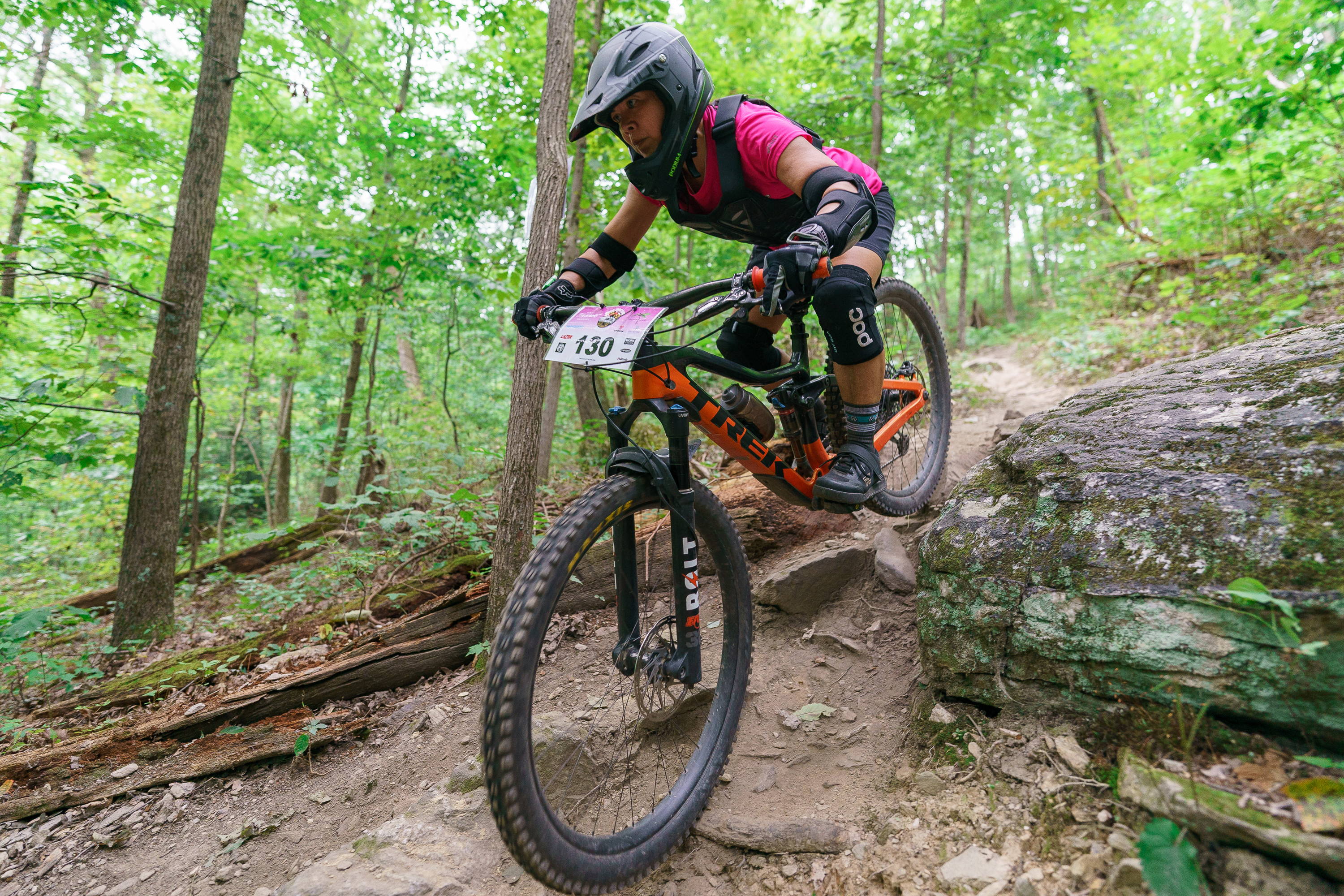 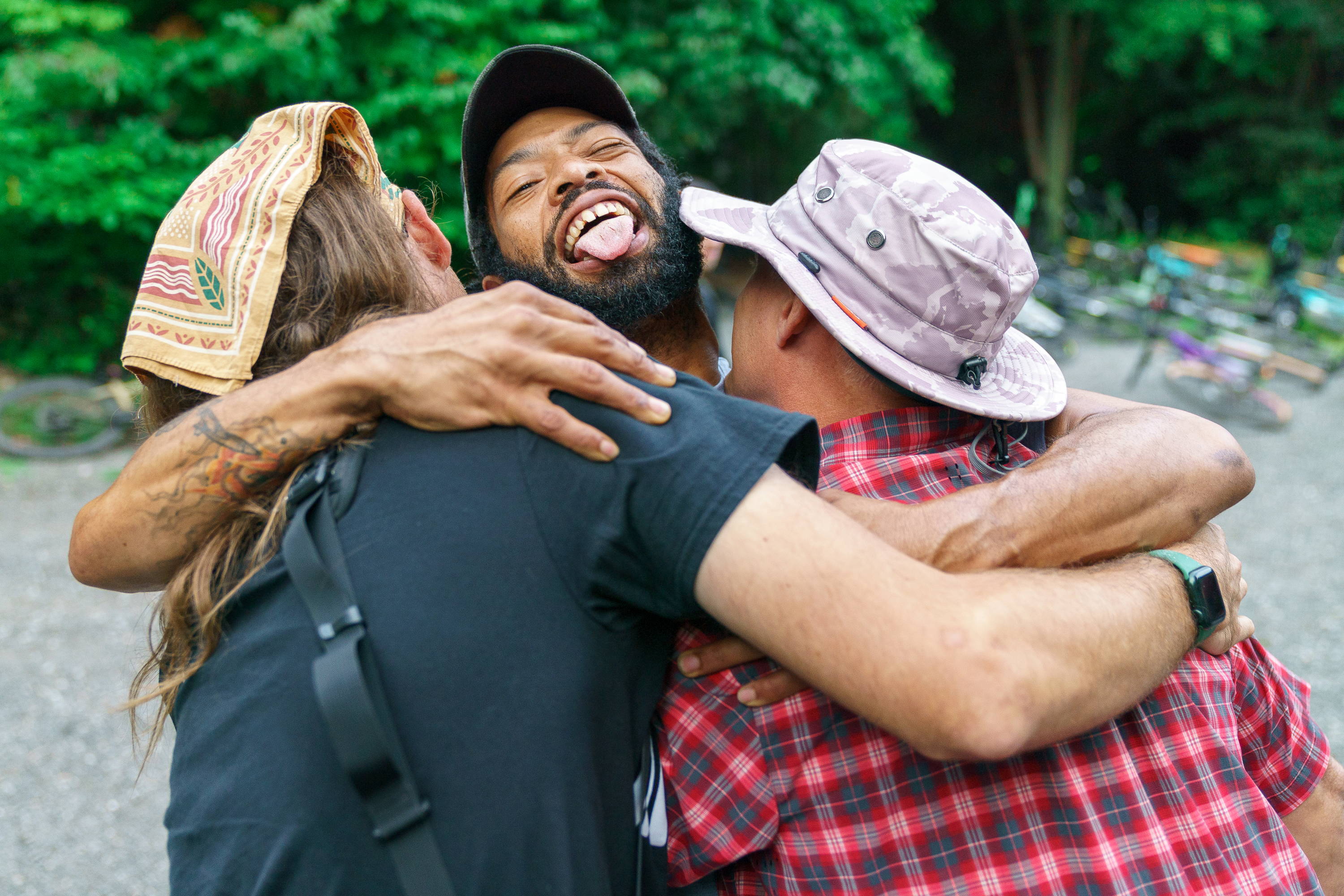 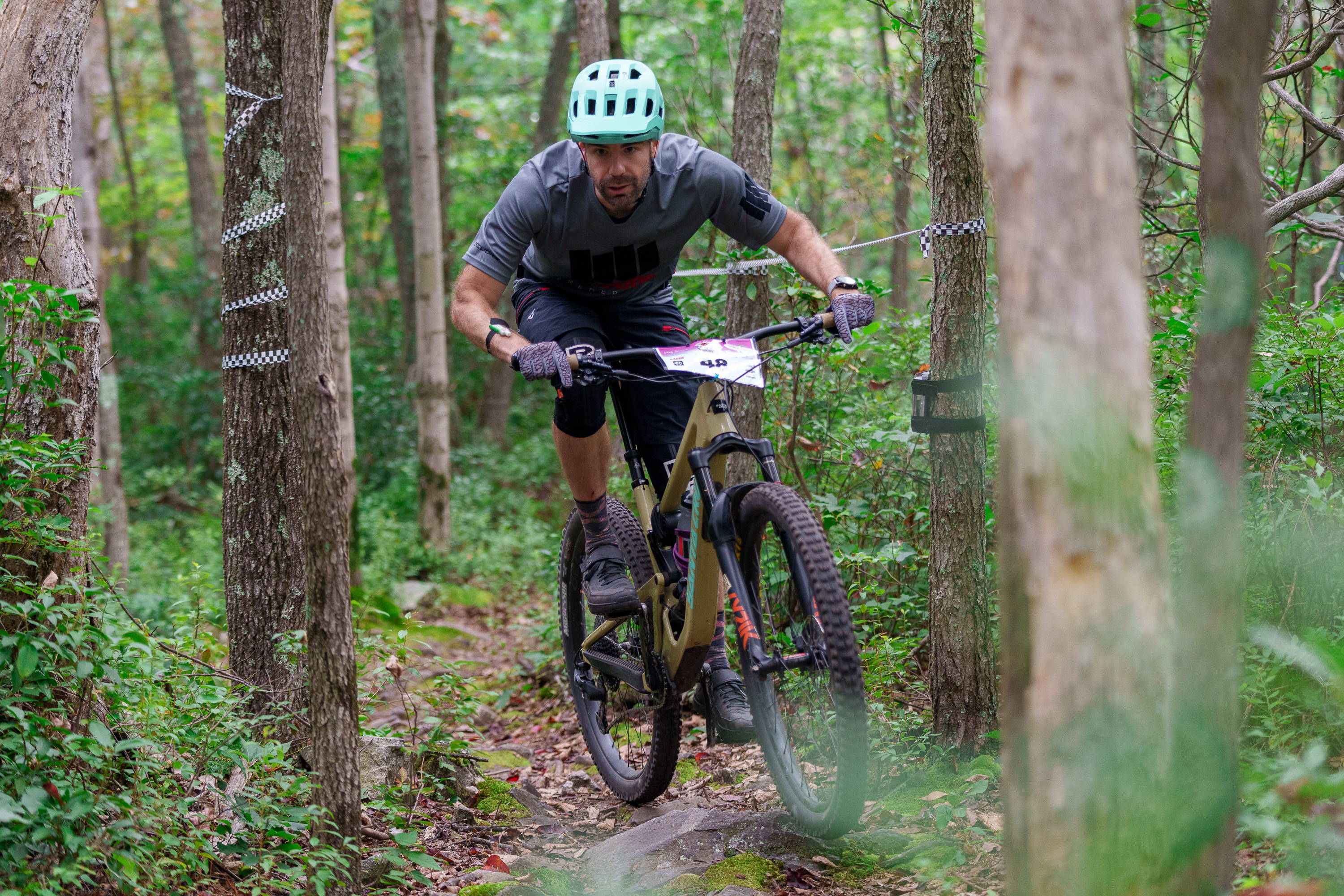 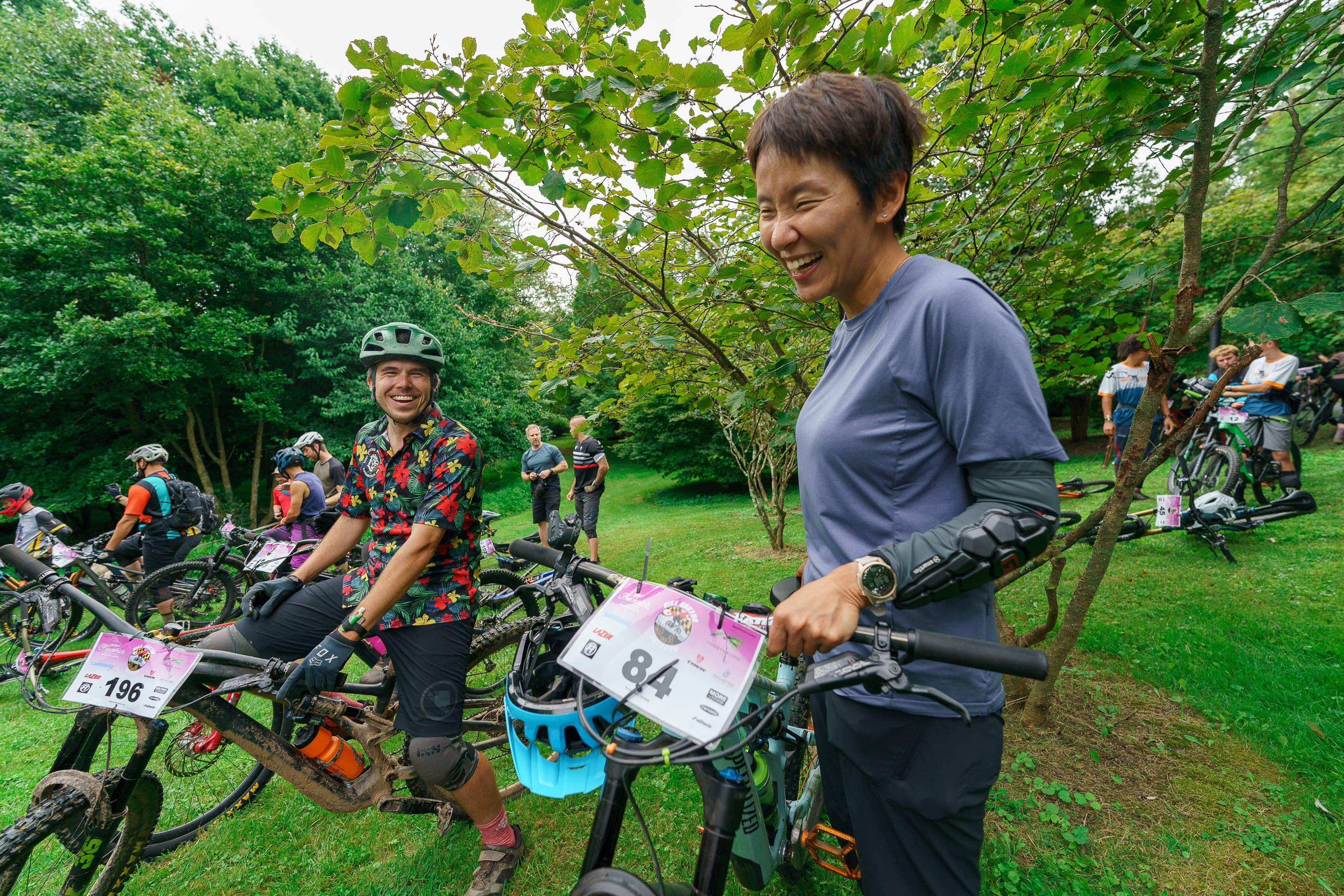 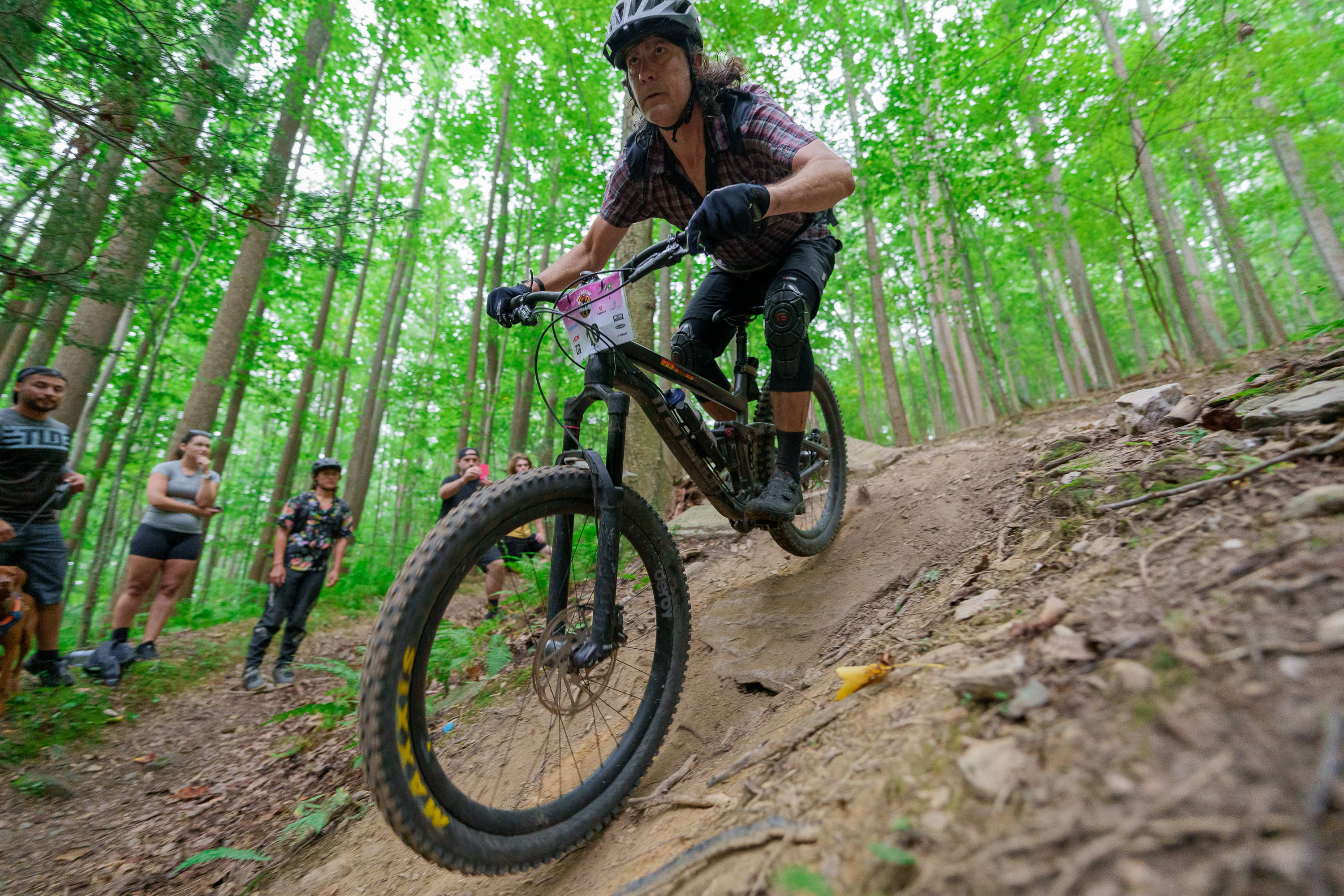 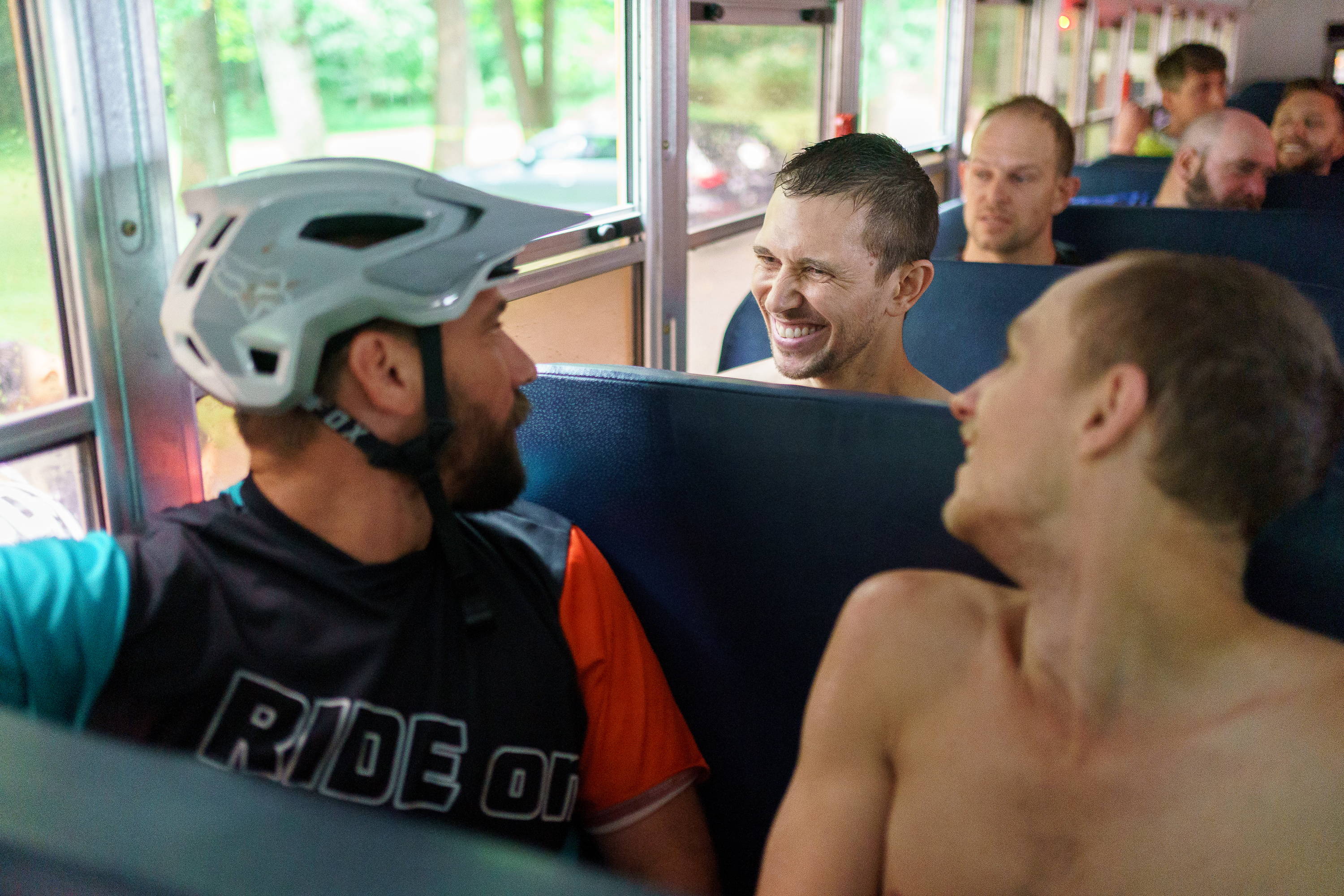 This edition of the Sheduro also served as a final send off for several trails. As part of preserving the Watershed’s legacy for future generations of riders, some of the early trails that were built on sensitive habitats are slated for closure. Thanks to a solid working relationship between MORE liaisons and the City of Frederick, stage 2 on this year’s race course gave the community one last chance to enjoy some perennial classic trails in the area that won’t be able to be replicated elsewhere in the park.

Change and growth is inevitable. Sheduro has helped bring new trails to the park thanks to the race's fundraising efforts. Sheduro has also helped close chapters in the park's history. While trails come and go, the riding community behind it is here to stay and gets bolstered every year by the race. 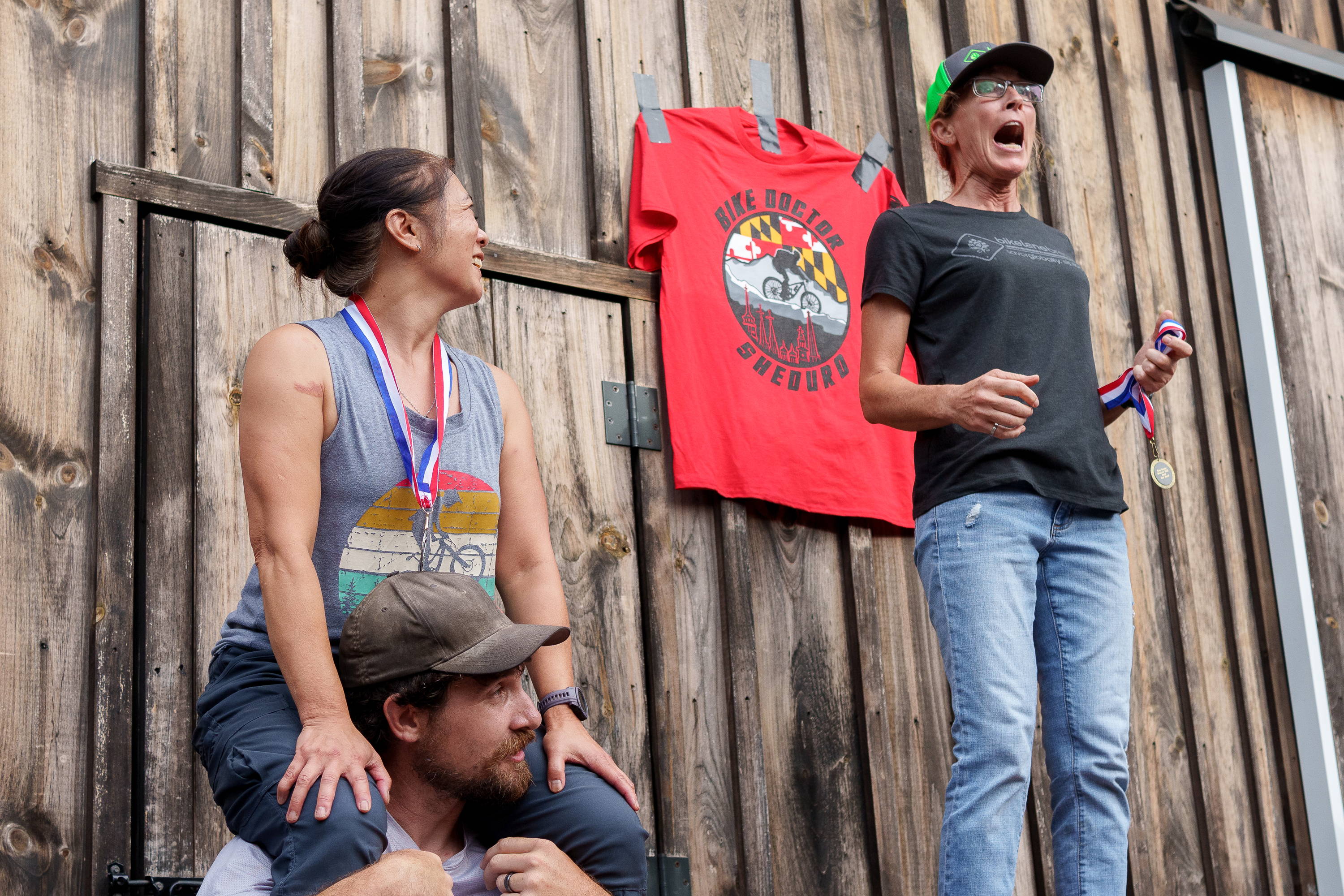 After a long day of racing, podium finishers celebrate their accomplishments.

- Learn more about the author, Korey Hopkins on his site KHOP SHOOTS. Korey's photos from the event can be viewed and purchased here. -

MORE is one of the finest and most well-respected mountain biking advocacy groups in the eastern United States.